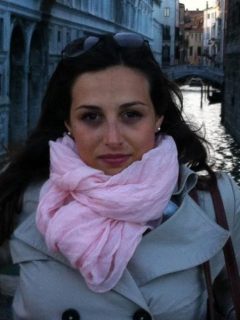 I am a postdoctoral researcher at Max Planck Institute for Meteorology, working with Dr. Johann Jungclaus in the Ocean in the Earth System Department within JPI PACMEDY project. My current research is on the evolution of monsoon systems in palaeoclimate simulations of the mid-to-late Holocene.

In mid-2016, I completed my PhD at the University of Salento in Lecce (Southern Italy) where my advisor was Prof. Piero Lionello. The main goal of my PhD research was the response of the Hadley Circulation to climate change. Using a wide range of simulated climates, I sought to better understand the response of the mean meridional circulation to various forcing scenarios (from LGM to RCP8.5). Furthermore, a particular emphases was placed on analyzing the evolution of the Hadley Circulation over the last century in ECMWF reanalyses (D’Agostino, R., & Lionello, P. (2016). Evidence of global warming impact on the evolution of the Hadley Circulation in ECMWF centennial reanalyses. Climate Dynamics, 1-14. http://link.springer.com/article/10.1007/s00382-016-3250-0).  Since 2015, I am collaborating with Prof. Tapio Schneider and Dr. Ori Adam.